So, a werewolf, frankenstein’s monster and a merman enter a castle dressed as butlers. But the merman is a trap. And their boss is always taking baths in a tub, holy molly if I were a girl this would be some sweet fanservice. This is the origin of species, and today we’ll see Kamen Rider Kiva, a story about family, society, destiny and the most gothic designs you’ll ever see in a kid’s show. Created by Shotaro Ishinomori, Kamen Rider is a Japanese tokusatasu franchise that has been reinventing itself for over 40 years. We’ve talked about Kamen Rider in the past, so this time let’s focus on it’s two big eras, the showa and heisei eras, named after Japan’s emperor, because fun fact, Japan still has an emperor, the current one is named Akihito and after his death shall receive the name of Emperor Heisei, while his predecessor was Emperor Showa.

The showa shows refer to the original period, from 71 to 89, the retro shows tried to conserve a single continuity and similar thematics, with most of it’s heroes being bug themed cyborgs facing evil organizations, except for Amazon, but Amazon is just plain weird. The Heisei era starts in the year 2000, when Kamen Rider Kuuga revives the franchise, returning to it’s yearly show slot, the change brought with itself more variety in the plots and designs, but also relaxed the continuity, the heroes meet in the obligatory summer film to get more money out of the parents, but in general every show is an independent tale. The 9th of these was Kamen Rider Kiva, a show inspired by universal’s monsters and that up to this day remains as one of the most unique entries due to various reasons. Kamen Rider Kiva tells the story of the Kurenai family and their encounters with the Fangire… fangire… fangaia… they are vampires, kay? Rubber monsters as the genre demands, that feed on the life of humans and have been doing so for years, since they are the strongest race around.

In the distant present of… 2008, we meet Wataru Kurenai, a young man who stays distant from society and claims to be allergic to the world, and while he possesses a noble heart, he is also shy to a massive level, Wataru lost his parents, but has a lot of pride in his father, and from the keeps a violin and a guardian of sorts, the talking bat Kivat, which he can use to transform into Kamen Rider Kiva, a warrior that unlike Wataru’s usual personality is brutal and relentless against the Fangire. The problem is that Wataru is not the only one after them, the Aozora Organization also chases the monsters, and even have a Rider of their own, IXA, but they don’t trust Kiva due to an event in the year 1986. And well, this is where the show’s main gimmick comes into play, all the episodes jump between the year 2008, with Wataru’s story to 1986, where his father, Otoya Kurenai becomes the protagonist, and who Wataru believed to be a hero of justice turns out to be a womanizing and whimsical musician that does not care much for anything, and ends up involved in the monster hunt more due to stubbornness and luck than genuine interest.

This is the first topic to handle, splitting the show in two periods has it’s pros, no adventure ever feels slow, it helps the atmosphere of mystery, something fitting for the story, and allows the family theme to be transmitted even if in the present Otoya is not with Wataru, but at the same time, it’s the first point where problems pile up, twice the eras don’t mean twice the monsters, in each episode past and present are faced with the same enemy, so nobody in the 86 side is really defeated, making it feel rather pointless, and when all is said and done… the timeline doesn’t actually make that much sense. Wataru is the protagonists of the 2008 side, his syness and social phobia are the main obstacles to overcome in his tale, and his friend Shizuka is there to back him up, but Wataru, is weird to the core, can’t blame him, he grew up with a CGI bat, but his hobbies are bizarre, he is a virtuous violinist, but the main way he expresses it is creating varnishes for his instruments, varnishes that use unusual ingredients like insects.

In his daily life Wataru will slowly come out of his shell to interact with more people and even befriends the current Aozora Organization, where he learns more about his father. The main Fangire hunters of the group are Nago and Megumi, him being a an apparently heroic bounty hunter and main user of the IXA system, but deep down he harbors an obsession with justice born from traumatic events in his past, and she is the daughter of a previous hunter, who despite his relaxed and friendly attitude has a strong reason to have joined. 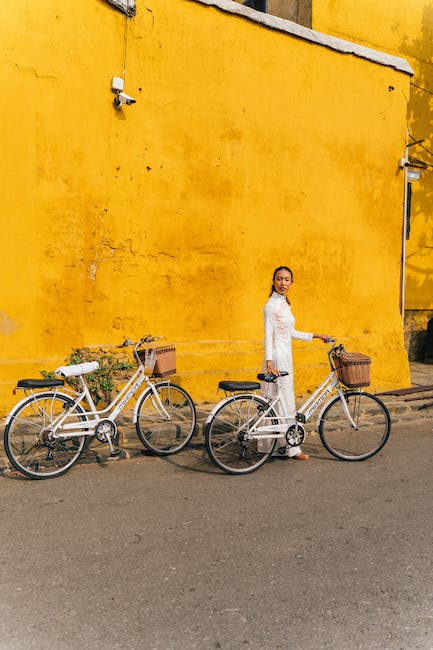 In 1982 Otoya takes the wheel, being a musician that takes nothing at all seriously, he is not a bad person, he’s just too honest with himself, living of the moment and little else, despite this he ends up becoming the IXA of his time, and proves that there is more in his heart than immaturity. His partner and romantic interest is Yuri, Megumi’s future mother, an independent and strong woman that can’t stand Otoya’s attitude or the fact that he was chosen as IXA. And if you are wondering what’s up with the villains, well, there really isn’t any sort of hierarchy until episode 30 or so, that’s over half of the show, and before that there really aren’t many recurring villains besides this guy, and his hand puppets. The issue with Kiva’s cast is that is extremely unstable, characters like Nago and Yuri have illogical changes in personality, Yuri becomes incredibly passive and Nago after being overly serious becomes a joke character. Wataru’s friend Shizuka basically disappears after a point, and while the contrast between Kiva and Wataru is interesting, it’s never really explained, any conclusion is just an assumption.

If something comes along with the previously mentioned issue is that the tone of this show is not very consistent, it’s jumps between comedy and seriousness are too abrupt, it’s not terrible in the beginning of the show, where there is no clear direction and they are simply introducing the cast, but when the plot turns dark and complex, and seriously, it gets worse than a soap opera with all the drama it pours, the jokes and other humorous elements are not removed, they simply stay there as an awkward remain. Wataru suffers the most from it, his shyness is used for many jokes at the start, but when it’s used for his painful moments it’s absurd, in one episode Wataru locks himself to avoid facing others, it’s one of his worst moments of depression, , but it’s combined with scenes of his friends trying to get in only to be repelles with looney tune styled traps, in another one he’s being self destructive to a degree that is not only a spoiler but also ridiculous, and the way to complement that attiude si to make him disguise himself a la bugs bunny? Coming to think of it this show loves it’s cartoonish humor.

Kiva is a tragedy of good ideas under a terrible execution, using a hero that actively avoids society in a kid’s show is interesting, Wataru could have been inspiration for many kids with socializing issues, the show’s designs are spectacular, and all things said, the choice to focus on two different time periods is one of it’s best moves, it fits the show, and nowadays Arrow proves that it is an useful trick. But everything it does well is sabotaged later, the interesting characters are transformed in ridiculous ways, the two halves of the story leave many doubts, Wataru’s development is inconsistent, his dual nature is ignored and the humor clashes horribly with it’s attempts at exaggerated drama.

Honestly, maybe I’m too unfair with Kiva, I know many love this show, and it is undeniably unique, but even if this is the first Kamen Rider show I saw, and the main reason that I watch toku, I can’t really understand what motivates others to enjoy the show. Do I recommend Kamen Rider Kiva? No. DO I think it’s a good show? No. DO I have something agains’t it’s fans? No. But this is the origin of species, and that’s the only judgment I can give to it..