asalamualaikum wr wb welcome back to the creative umam channel in the video this time, I will share the Glowing eyes tutorial , but this is different from our previous video so I've made this video glowing eyes. Second this and the third this is the fourth I focus on Photoshop first, then I'll upload the Picsart version. so? just wait. okay what distinguishes the glowing eyes video this time is, I will make the figure look like the photos I usually upload, namely the details in the eye are more detailed, there are two ways I will use, the first, using a brush, and the second is to use another photo, which is a photo of an insect's eye, okay, the goal is, we will make this detailed photo, this is using the manual method.

How do you do it? Watch this video we are trying to find a model that we will use here I use Kamen Rider Build Hazard to become a model this time here I made this photo look dark on the face but bright on certain sides because I want to make the eyes light up, that's why I will make that part more contrasting first on the face, I will strengthen the shadow, the photo is a bit more dimensional because there is light and dark, which is in sync .

Next I add a rim light here, the goal is to separate the background from the most important object in in the front there is a subtle light, we call it the key light, but it is smoother than the light from the back, okay, let's just edit it, this is a CR2 file, we try to set the master file first , this will be our model. I would like to focus on her eyes so this part is no pattern, the pattern in his eye visior, hexagon-shaped we will try to brush this section selanjut We choose white, because that's the basic color of the rider's eye, here I use the pen tool to select the hexagon part so I follow the eye pattern of a figure, whatever the figure we follow, we happen to build using a hexagon eye pattern so we follow the shape, if as I thought it was round and round, so I followed the shape, okay, so we brushed one here, friends already know how to use pen tools, right? so I don't need to teach anymore , okay, it's already one piece , we copy as much as possible to cover the hexagon pattern, so the point is, we have to follow the pattern of the figure's eye.

If it's like a fruit game, we have to follow the pattern of the fruit if like me we have to follow the pattern The round eyes are actually tired, but for a perfect photo it has to be like that and I'm tired of doing it but it's fun we see what the results will look like okay, so I speed up the video that crosses our limit, Visior, we just delete why I don't use the eye pattern itself, because every photo has a different angle and shape. 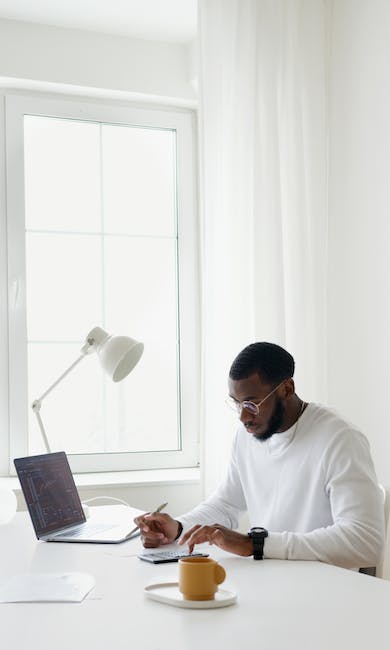 If it is already a layer, we combined all of them, so here I have made the red eye, because I was tired of making it, first we changed the blend to "overlay" so it looks like the red also be changed to overlay its differences like this if we turn on and turn off the layer that was detailed in her eyes It's clearer and sharper, it's different if we brush white, all the details won't appear so we have to brush one by one according to the form of the Visior, that's the way in the previous video, I always brush one eye but it's not that efficient which is more efficient like this , we immediately brush as large as possible in the eye area, here I use a blue brush to strengthen the blue color as well as red, if you have changed the layer to overlay, so red and blue become contrast, than before indeed it is our purpose okay his following similar fashion to the video before her, using a brush white color choose large, so that it was as though there was a light on in her we brush the white area, and select the overlay as tasteless no lights on in her right opacity us Get off the next step we try to bias our light using a Gaussian Blur, just select a little filter – blur – Gaussian blur set the blur is so that it looks biased, in both eyes then we erase the middle part, so that the details are still there.

Next we make the light reflection effect like this "Continue Stage 2" okay here are Insect Visior eyes or bug eyes, or the insect's eye so we will enter the details of the insect's eye into the photo figure rider, we can go directly to the tutorial -> okay, here I divide it into 2 methods, the first using the blending option , the second using a brush, how is it different? watch this video, okay, as usual, we select the eyes first using the pen tools, I assume friends already know how to do it, I name it eyes, okay, I want to make two methods, 1, blending optino, the second is using a brush, we first copy the eyes, this Blending option "This is to make a difference between the two ways" first we open Google we take a photo of insects "Insect Eyes" because in my opinion, the eyes are the best. The eyes are like the rider's eyes, we copy and then enter into Photoshop, now this is the black eye, the same average, because the angle from the front we take this insect's eye only one side, this side because this part has a different angle so we just take this part using the pen tool to take the eye here we duplicate the eye we select edit – transform – flip horizontal Its function is to mirror these two eyes, okay, first use our brush according to the insect's eye and the rider, first press alt between the two layers so that Insect eye, enter the rider's eye and press alt between the two layers so it's like this, then we make a new layer here using a brush and a number code like this, the color follows from the rider's color, actually make sure the brush layer is below the layer.

The opacity of the insect is lowered first then select the layer mode – linear dodge (add), now the eyes are not affected, we first change the layer mode, we select linear dodge (add), which above we try to change to overlay, the difference is like What ? the overlay color is redder, while the linear color is brighter according to the tastes of friends, what we want to do next we try to make the eyes light up from the inside, don't forget to subscribe to this channel, we brush in the eye using white then change it to overlay mode, now that's okay So for this brush method, the eye color is higher for the saturation, the next we make a bias in the area around the eye, the way is the same as in the build, we lowered the opacity then we erased it in the middle, so that the details still remain so it looks like Here, the way to use a brush is simple, the way is like bright eyes – overlay insect eyes (2) we try to make the linear dodge mode like this, and according to each overlay or linear taste it doesn't matter, the important thing is we are happy if I I prefer to use an overlay so this is a simple way to use a brush, the following method uses a blending option, so the method is the same as before, we first men try adjusting the eye, right click, then the blending option here, we select inner glowing, so inner glowing, the goal is to light up from the inside here, choose the same color or according to the color of the rider, here I change the mode to linear dodge, add opacity to 67 So that there is no contrast here I choose the center, if the edge of the light is from outside, if the center of the light is from inside